A downloadable game for Windows and macOS

Dead County is a survival horror game that's heavily inspired by PS1 horror classics such as Resident Evil, Silent Hill and Alone in the Dark.

You play as a delivery driver who, after an accident involving his van and one of the undead, has to make his way home through a town overrun my zombies!

This games uses tank controls and has a heavily emphasis on inventory management just like the best of the late 90's survival horror games.

Watch the making of this game on my YouTube channel here.

its not letting me open the game. im on mac, it says "unable to open application"

what could be the problem?

when will there be a second part?

I'm obviously too used to FPS views. This game became frustrating to me, because of its odd [camera] angles, so, at one point, I just gave up.

This doesn't mean that I want you to change anything about this game, but I said I was going to play/record your other 2 games, and this is to let you know, I won't be adding this one, 'Dead County' to my collection, as I quit the game. I made it into the building, that as far as I came [shotgun shells].

I'm sure there are lots of guys out there that are really good at playing these kind of games, unfortunately, I'm not one of them :o]

No problem, this type of game definitely isn't for everyone.

Man, yet another game of yours that I loved, Blake! All of your games that I've played have been excellent! I got strong Resident Evil 2 vibes from this one! I left the link to this game in a Discord server that I'm in for creators so that others can check it out! Let me know if you want to join it too!

Thanks very much for checking it out! glad you liked it :)

i want to ask, how maany hours do you end this game?

Came here from Youtube this is great I get a lot of resident evil Nemisis vibes. I really like this game! Keep up the great work!

Really enjoyed the game. Was not ready for uncle Bobby.. but he also wasn't ready for me. >:)

Happy to hear it! thanks for playing!

Reply
BAYAEARAE2 years ago
I liked it
Reply
Ognjiste2 years ago

I like how opening doors gives off that old RE vibe, like, with the black background and then the camera zooming into the open door.

This game was absolutely amazing man! Keep it up :)

I have a blast play this game! Keep up the good work man!!!

Glad to hear it, thanks for playing!

CAN YOU PLEASE MAKE MORE GAMES LIKE SLAY BELLS

I'm working on a horror fps game at the moment, which has some similarities to Slay bells.

ill be playing that as soon as it comes out

Awesome, glad to hear it!

I'm glad you liked it, I've thought about it and I might one day, but it probably won't be this year.

This is a pretty cool game. It has this Resident Evil feel to it. It also takes up little space.

Reply
MeganeKun2 years ago
this game is really cool

please check out my video

not everyone has a mouse y'know

I don't know if it was just my computer, but there was a delay to the turning. I've played other games with this control scheme, but I feel like for a game like this with more gunplay and running away from zombies, this ended up being something that made the game less enjoyable, as I often got killed while waiting for my character to turn a corner, or while trying to aim my gun. I was just wondering if it would be possible to add a mode where you use the mouse to stear

well dont you think zombies horror games  are a little bit boring by this point ,this retro graphic is good but try with new concept...this is my honest opinion.

well my point is why making just another zombie games when you have more than 300 zombie games already ,try with original idea ,like slay bells that was really unique...

Well yeah i understand , i just like games similar to the night of the living dead, or resident evil

hiya i played the game and i gotta say great job on the game my friend. it really had that PS1 feel.  tho the story definitely needed some work but overall it was a good game. keep it up :D i made a play through if anyone wants to check it out!

loved the game man really does give off that resident evil/silent hill PS1 vibe Loved it :D

Thanks for checking it out! I agree that the story is lacking but it wasn't a main focus of this one. I don't have any plans of expanding on this game but I'm working on a much bigger project at the moment.

This game is such a great rendition of the classical RE gameplay. It scratched an itch for a new fixed-camera title I didn't even know I had— amazing work!

Thank you, there does seem to be a lack of games like this but they are in a pretty niche genre.Glad to hear you liked it :)

I didn't grow up playing these kinds of game either, I was a bit too young for it, but I enjoy playing them now. Glad you liked it.

Loved it! It has that retro styled theme and the camera angles from R.E damn! 10/10 Would play again

Thanks very much! glad you liked it.

This is really fun game and new experience for me too. I like this game that everything is does not make scene for me but Nice game!

This was FUN! The mood, lighting, and particle effects were terrific.Game just felt good to play. Yes, the camera can be tricky at times, but that is part of the challenge imo. The dev could have punished us with it, but instead he took the time to playtest to make sure it was balanced. At one point, I came around a corner and the camera switched and there was a zombie right in front of me, almost to the point of being a jumpscare! I think that's part of the magic of this style of game. Anyhoo, here is my playthrough(loved it!):

Thanks for playing! I really enjoyed the video, sorry you had to replay the start of the game, it looks like a bug that I never came across :)

Oh I see the retro style, I feel the resident evil vibes, I like it

I love the nostalgia of this and it definitely reminded me of how deeply I hate that control scheme!! This was so good though, I want more!!

Thanks very much! I do agree that controller support would be good, I just haven't really looked into how to do it. I have another game coming out in about a week called Slay Bells, it's a first person Christmas themed survival horror game if you want something else to play soon :)

haha yep, it's certainly both of those things.

This game is amazing and should be commended for being fun and creative if you get a chance to play it I highly suggest it.

"one of the worst resident evil games" seems like a good quote for the poster. I do agree with some of your criticisms such as no controller support and that the keyboard/mouse layout could have been better but I think having more inventory slots would have completely removed the 'inventory management' aspect of the game that was such a big part of the original resident evil games. There probably is too many  weapons throughout the game, but the reason for that is that some of them are hidden away early on, which some people find and some people don't, and I wanted to make sure that people had them all by the end.

Man, I liked you and you type to play. I will follow you subs in your channel. You deserve. I will get this game. Thank you Step Vibes. You're really good vibes.

Thanks a lot! I appreciate it!

I tried to keep it as close to old school survival horror games as I could and as far as I know they didn't have toggle sprint, I'm also not a big fan of toggle sprint in modern games though, I prefer to be holding  a key. But I'll keep it in mind  if I make another game like this one :)

i am so much excited to the next game (not the fps game) the RPG one that you showed it in the last devlog of Dead county, it looks fun and more nice than your other games i think,the thing that make me more happy that you make some game available for windows and linux, that`s awesome, i am zarazlfo but i changed my name account

I'm not making an RPG at the moment, that footage was probably of dungeon of exile. I'm currently working on a christmas themed horror game. All future games will be available on windows and Mac but I don't have any way of testing a linux build so I probably won't be releasing one of those.

ok, sorry but i mean the christmas game, what will it be? are you working on this game now? you said you are working on it, i must be right, in this picture right here 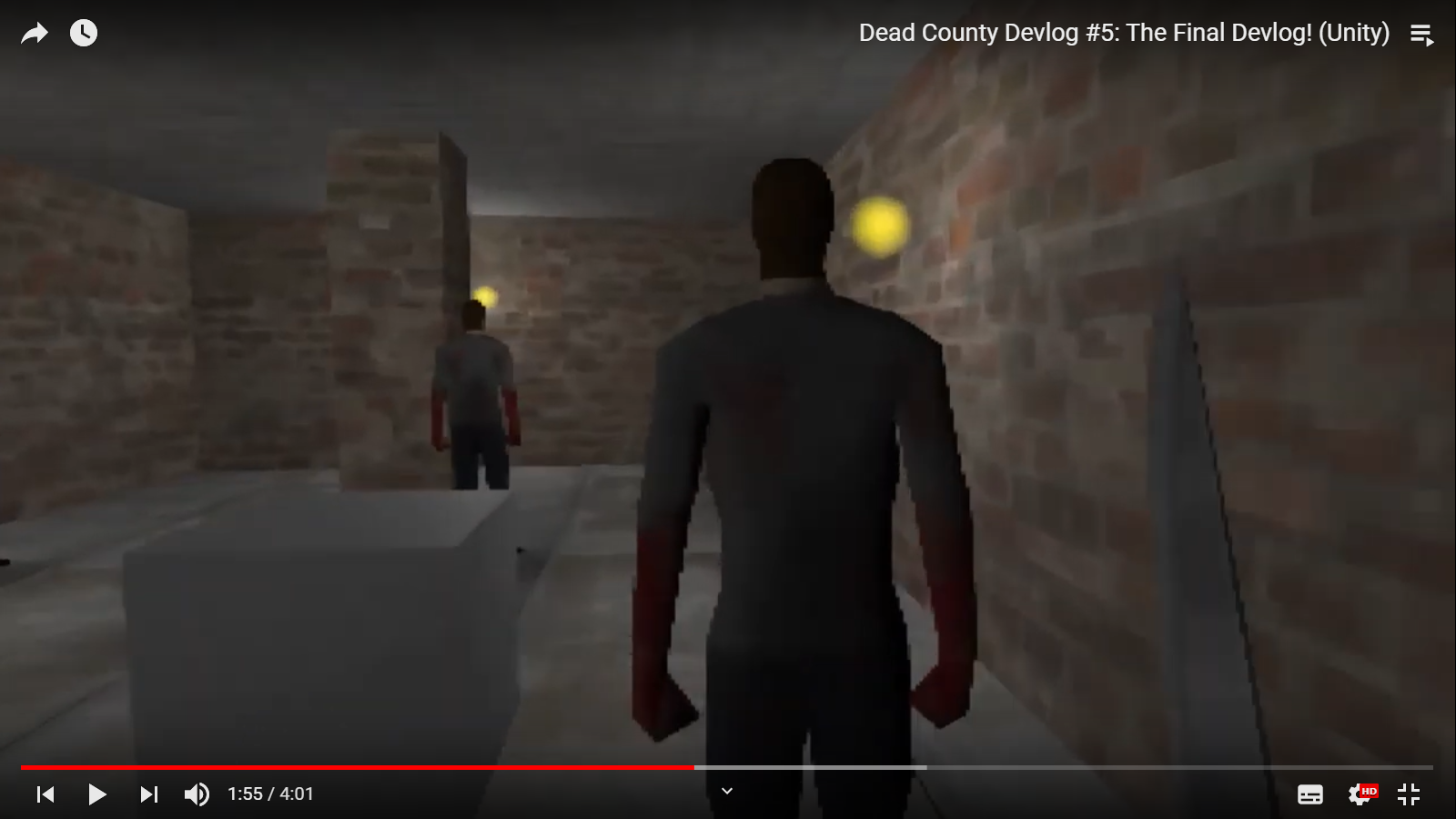 no problem:) I'm not working on the game in the picture at the moment, it will be my next one. At the moment I'm working on a Christmas themed survival horror  game  that has a killer Santa in it,  I haven't showed it in any videos yet, I'll have a new video up on it tomorrow.

Thanks man! Thank you for telling me what will it be, we will wait as soon as your game is ready!

Really enjoyed the game! Loved the feel and the simplicity of the game. Overall it was really fun and would definitely recommend.

Awesome, thanks for giving it a go!

Would have liked controller support and maybe the zombies sounded weird but this was actually good fun!

Thanks! controller support would definitely be good but it's something that I haven't really looked into how to do yet but it's high on my list of things to learn.The zombie sounds aren't that great because they're just me growing into a microphone:) glad you liked it anyway.

As I said minor gripes really, strong foundation for something pretty awesome! 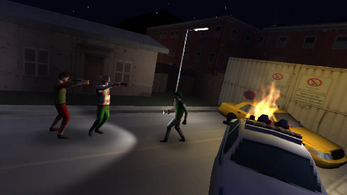 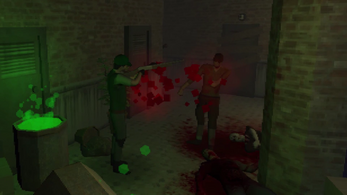 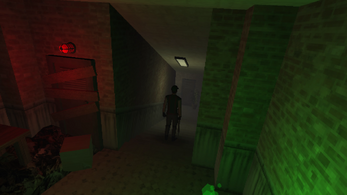 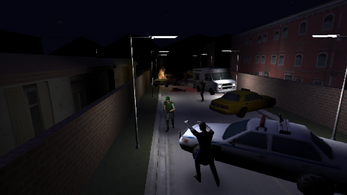